Should I pay my children for doing chores around the house? 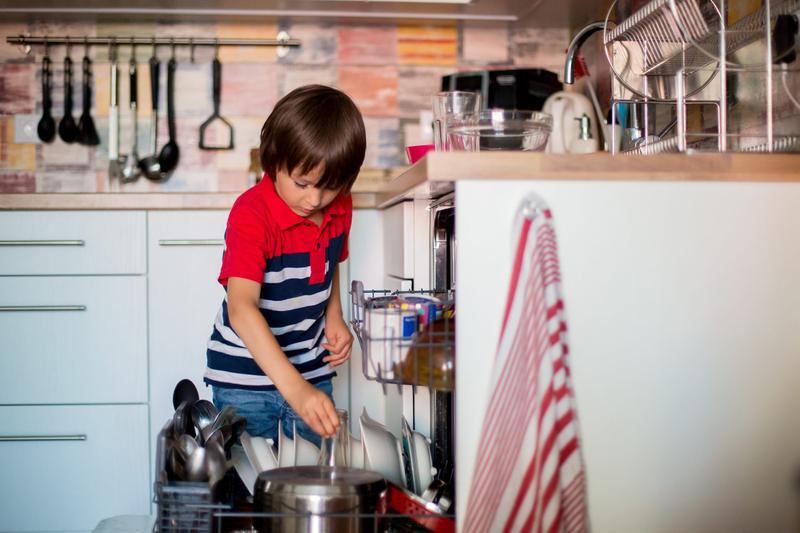 We have three children the eldest is 12 and the other two are 7 and 5. Since we’ve all been cooped up the last few weeks, I’ve been trying to get them all to do small chores around the house – they make no shortage of mess!! I’m really struggling to get any of them to help. The oldest one refuses and the younger two then seem to take their lead from him. My oldest is looking to get paid for the work and I just don’t know. Part of me feels like it would be okay, but part of me wants him to help out just for the sake of it. What are your thoughts on paying for chores?

It is an interesting dilemma, that I think most households have to face into at some point. I certainly believe in the concept of chores for children. Getting them to help, according to their maturity and ability to do the job, is an essential part of raising responsible children. They need to learn that if they don’t do their share then everybody suffers, but equally, when we all work together we can get so much more done.

At the ages your two younger children are at, you will still need to assist with most chores. Younger children generally enjoy helping their parents and don’t see such helping as work, but rather just enjoy doing “stuff” with their parent. So with the younger two, let them take their lead from you, not their brother, by focusing on engaging them directly to do things with you, focusing on the fact that you are doing things together more than focusing on the fact that work is getting done.

A parent being involved, even if in a small way also adds greatly to their motivation, since doing work alongside a parent is much more fun that being told to work by a parent who is then too busy to even notice the effort (or lack of effort!). You can make certain chores (like tidying up after play, for example) into a game where you see how much stuff each of you can put away, or start by putting away items of a certain colour, or according to size from biggest to smallest.

With other chores, like making their bed, emptying the dishwasher, sweeping the kitchen floor after dinner, wiping down surfaces or whatever you think they might be able for, your presence again will make it so much more palatable and helps keep everyone on track. Tidying up after meals, for example, could be the ideal time for a bit of loud music to keep the energy levels up, with one of the kids on DJ duty while everyone works.

Returning to your older boy and the issue of money, payment for certain chores may not be a bad thing, since he can learn the value of money and the effort required to earn it. So, for example, if he was able to vacuum properly, then you could decide that vacuuming is “extra” to the usual tidying and so might warrant a fee.

It will be much more effective as an incentive to work, if he has a goal for the money. If he gets pocket money anyway, then you might want to increase the amount, but make the increase dependent on certain jobs being done. If the jobs don’t get done, then he just gets his usual amount.

I think it is helpful for children to have money that they consider their own. If earning it for chores is your son’s only way to get money, then that is fine. Once he has his own money, he can learn how to spend it wisely, how to save it and why to save it. He also can be encouraged to give some of his money to charity, potentially building a life-long habit of sharing with others less fortunate.