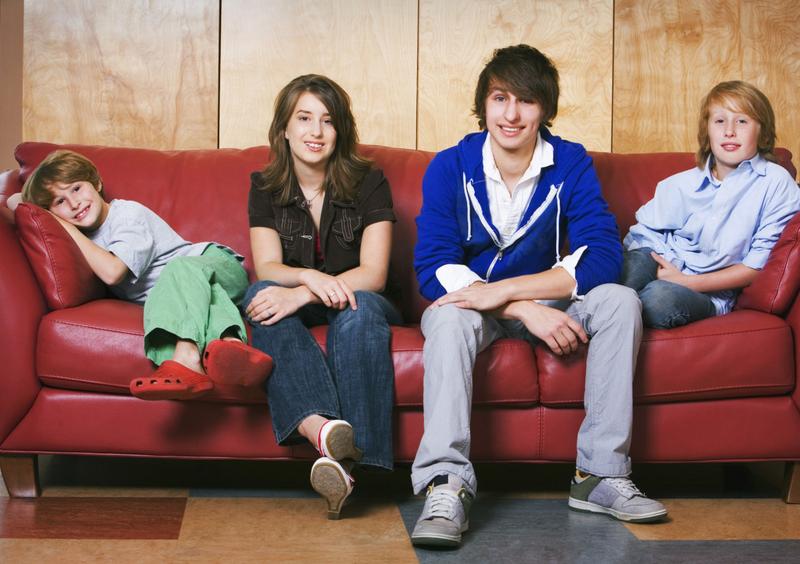 Our 18-year-old daughter has a boyfriend for 18 months now. Since she turned 18 she is demanding that she should be allowed have him in her bedroom (not overnight, just during the day). Until now we have had a rule that they could go into the spare sitting room but not upstairs. I know they are sexually active and I don’t mind, it’s just that we have a 15-year-old and an 11-year-old and I really don’t want it to be the norm that they are both upstairs the whole time, when the rest of the family are in the house. Do you think we are being too strict? It is causing constant awful fights!

What is your policy, generally, about your children’s friends being allowed upstairs in your house? For example, are same- or opposite-sex friends of any of your children allowed to spend time in the bedrooms if they come to visit? If they are, then that suggests your issue is not about being upstairs, per se. Perhaps your issue may be about the nature of the friendship and what they may get up to, when upstairs with less capacity for supervision.

If, however you don’t let any friends upstairs, ever, then you are in a stronger position to argue that it is just house policy and isn’t about to be changed any time soon.

Even if you don’t let them be in the sitting room, unsupervised, with the door closed, there is no reason you couldn’t simply apply the same rules to her bedroom, as you currently apply to her use of the sitting room.

From how you describe it, it seems that you accept and condone your daughter’s sexual activity with her boyfriend. Perhaps, if that is truly the case, your reluctance to let them into the bedroom is that you don’t want to be encouraging it? You may feel that by allowing them in the bedroom that you are implicitly facilitating them to have sex. But that is not necessarily the case. Indeed, you can explicitly say that you don’t want them to be having sex, or other sexual activity there (or anywhere in the house!), because it may make her younger siblings (or you) uncomfortable.

That is a fair thing for her to have to accept. She is of course entitled to some independence with regard to her behaviour, but like in all social systems, there is an expectation that that independence must accede to social norms. If she lives at home, then she must consider the needs of her family alongside her own.

Perhaps your biggest task is to process what you really think and feel about her relationship with her boyfriend. It seems to me that you need to be clearer about your rationale for your current stance since it seems, subconsciously, to actually be about their expression of their sexual selves.

If that is, indeed, an important undercurrent, then creating standards and expectations for her about how she can show respect and consideration for you, and her siblings, means that it won’t matter where in the house she spends time with her boyfriend.