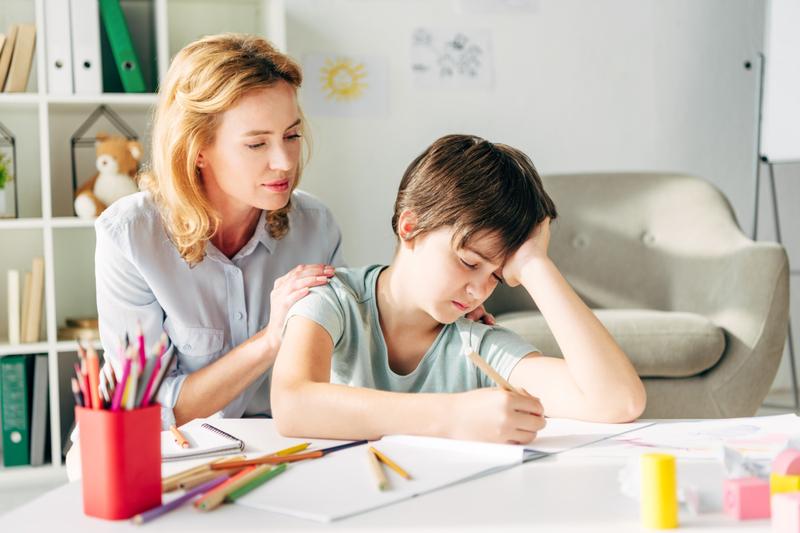 I have a 13-year-old boy who has always hated school. He’s dyslexic and I think he is self-conscious about this. He has just started in first year now. How do I train him or teach him not to see everything as a catastrophe, if something goes wrong or is not going the way he wants? He tends to react so strongly to everything. I’m afraid he won’t even give secondary school a chance before he writes it off too.

It sounds like your son may have had a challenging time in primary school. I wonder what it is about his dyslexia that he may be self-conscious about? The additional help that most children get, for something like dyslexia, is usually just part and parcel of the day. Most schools will have many children with additional needs and the potential stigma of having to get extra help is much reduced now.

Your son may have struggled with the academic side of school, to the point that he gave up on it. If that is the case, then he may struggle in secondary school. If you haven’t already, I would certainly suggest that you speak to his year head, and even some of his subject teachers, so that they understand his needs.

Your son may need a champion within the school – someone that is willing to give him the benefit of the doubt and be on the lookout for ways to give him a sense of positivity and inclusion. He needs someone who will be interested in him and will help him to find ways that he can achieve, and opportunities for him to excel. He may find that some subjects, like technical-graphics, technology, home economics, music, art, wordwork and so on suit him well. They may be areas where he excels.

When it comes to his capacity for catastrophising, you can also lead by example. Just a few weeks into his school start, you yourself are worried that he will give up entirely on school (presumably making the next 6 years pure torture for him and you). It is not necessarily the case that he will give up on school. It may even be the case that having different teachers, and the more open environment of different classes and a wider circle of peers could be a positive game-changer for him.

Empathy and understanding will be the keys to helping him to cope with challenges, or to deal with the disappointments when things go wrong. All too often we rush in with rationalisations, explanations, or try to persuade our children that things aren’t that bad. Rather than letting them experience and process the pain of disappointment, we encourage them to pretend the disappointing thing hasn’t happened or can be “fixed” straight away.

Resilience and a willingness to have another go, will be fostered by helping him to make sense of the difficult emotions that come when things seem to go wrong, allied with his experience of getting through tough times.