How is lockdown shaping your child’s future? 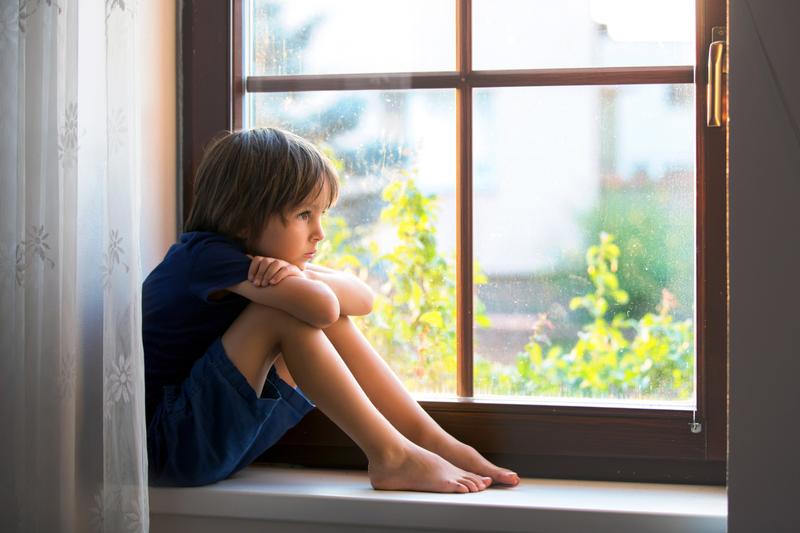 We’ve locked ourselves and our children down. We’ve retreated to our homes, isolating our households from those of our friends’ and families’. In doing so we have successfully slowed the spread of Covid-19. The lockdown has been an effective public health measure for the virus. But what about the lockdown’s broader impact on children and teenagers? How is the lockdown shaping our children’s long-term psychological wellbeing?

As yet we don’t know what the long-term impact of the lockdown will be. There has never been an equivalent, widescale regime of school closures and confinement to home with the sharp reduction in social contact that this has meant for our children and teenagers. The psychological research we can draw on, then, may not allow us to draw conclusions, since the context within which they were carried out is not comparable.

For example, there are studies that have looked at the long-term health and wellbeing of adults who had felt socially isolated and lonely as children. Typical findings are that childhood loneliness can continue to adulthood and leads to increased levels of cortisol (often considered a “stress hormone”), which can take a physical toll on the body. It can also lead to mental health difficulties, poorer job prospects and increased risky behaviours (like drinking or smoking). That suggests that social isolation is bad for children.

In those studies, however, the participants had felt lonely and isolated because they struggled with making friends, or found the school system to be a socially challenging environment, or because they already had behavioural or emotional difficulties that set them apart from other children. If our children feel lonely or isolated, right now, it is more likely because our schools are closed, and we have told them they can’t meet their friends.

So, we have to interpret previous research with care, since the current circumstances really are so unprecedented that our previous social and psychological models may not apply. As a consequence, you need to consider the interpretations I make in the rest of this article to be “educated guesses” rather than definitive conclusions.

Babies may be the least affected of all children, since the primary conditions of consistent and warm care, that meets their needs for food, comfort, sleep and activity can all be met. Some babies may even thrive in the extended direct care from their parent(s), where parents can continue in their primary care-giving role, rather than sharing that care with crèches or minders, who may have more than one baby to look after.

Toddlers and pre-schoolers, similarly, can have the bulk of their developmental needs looked after through being at home, with some access to the outdoors for play and exercise. So for the majority of children, under the age of 5, being at home with parents and being able to run, jump, crawl, touch, taste, assemble, stir, build, knock, manipulate, listen to speech and stories, look at books and so on, is enough to ensure their developmental progress.

Early childhood education, in pre-school settings, is particularly important for children who, through social deprivation, may have limited access to rich and stimulating home environments in which to play. So, there will be some children who might suffer without access to their pre-schools.

Even with socialising restricted, many toddlers won’t be too bothered, as they play in parallel (or alongside) other children, rather than playing interactively with them. That said, there will be children who are missing contact with extended family and friends, and they will require lots of warmth and understanding from parents until the time returns when we can hang out with others in a more normal way. Physically-distant socialising will be difficult for this age-group to comprehend.

Things become a bit more complicated for older children. They are used to socialising freely, having friends, playing in groups and learning in a structured way in school. We already know, anecdotally, that lots of older children are really missing their friends and finding online forms of socialising to be a poor substitute for being with them and playing. However, most children are likely to be able to resume their friendships without too much trouble, since their social skills were already quite developed. Many children will also be benefitting from the slower pace of life, with less rushing around, less alternative childcare, and more time spent with their parents.

Research that has looked at the impact of lost time in school (where they compared the later academic performance of children who had missed school during extended teacher strikes, with those who didn’t miss school, for example) shows that children do worse academically, and may lose out on higher educational opportunities, when they lose that time.

In the current circumstances, all children are missing the same amount of school and so, when things restart, in theory, we might expect all children to be restarting from the same level (i.e. everyone is equally behind). Unfortunately, studies also show that lost time in school negatively affects socially disadvantaged students more than their more affluent peers. This is because they may have less access to educational materials and their parents may be less likely to have the personal resources and knowledge to support homeschooling.

Being out of school, then, could be bad for all children, and worse for poorer children.

Teenagers are a complicated bunch anyway, and I think the lockdown has, for many, intensified the levels of conflict with their parents. Developmentally, teenagers need to be with their peers and rely on peer-approval and peer-led-direction for much of their decision-making and efforts to develop their identities. It is harder to do that with just your parents and siblings around. That said, teenagers are the group that are most used to, and proficient, with technology as a means of communicating and socialising with their friends.

All of the same educational concerns will apply to teenagers. I also think there is a danger that teenagers could lose a core sense of direction and hope, with few having any meaningful daily goals and little to motivate them just right now. There is a danger that this may settle into a longer-term malaise, especially when we can anticipate a deep and pervasive recession that will probably affect their future access to jobs and careers.

The lockdown may have delayed some teenagers from starting, or interrupted others from continuing, risky behaviours like drinking alcohol or drug-taking. This could be a good thing. Delaying the start of drinking alcohol until at least 15, has been linked to a reduction in alcohol-related problems in later life, for example. So, some teenagers may have benefitted from having temptation removed.

Although it’s more related to the virus itself, than the lockdown, many parents are worried about the issue of the increased levels of personal hygiene required of their sons and daughters (hand-washing, possibly having to wear masks in public). They fear that their children, and teenagers, may develop obsessive compulsive disorder (OCD), overdoing the handwashing, for example.

Research has not yet identified definitive causes for the development of OCD. Some theories suggest it is genetic or hereditary. Some suggest it is to do with chemical, structural or functional abnormalities in the brain. Still other theories suggest that it occurs because the behaviours become repetitive or ritualised as they offer relief from anxiety. It isn’t possible to predict, therefore, if we will see a spike in the numbers of children and teenagers that will develop OCD.

Irrespective, the more we can support our children and teenagers to regulate their anxiety, even by simply encouraging, or allowing, them to talk about their fears (especially when we can’t “fix” the problem) the less likely it will be that obsessions, or compulsive behaviours will develop.

Some children or teenagers may be significantly negatively affected by the lockdown, and for others the impact may be minimal. Either way, we parents need to maintain hope that their futures remain bright, beyond the immediacy of the virus and its knock-on impacts. Remaining available to our children, to hear their worries, stimulate their development, activate their curiosity and bolster their resilience is the best we can do, in the face of the unknown.